Lisp. Perl. Haskell. Ruby. Fortran. C. JavaScript. These are beautiful words. It’s a little weird for me to admit this out loud, but sometimes I run through a little list like this in my head just to savor the way each one of them sounds in my mind’s voice, kind of like a 15 year old who’s just gotten her braces off and runs her tongue over her newly smooth and aligned teeth. They are beautiful not just phonetically, i.e. in the way “cellar door” sounds beautiful, but also (and mostly) because they are names for very special things. They are names of programming languages, and as such they stand for microcosms of peculiar depth and perspective. These words have personality and passion, but also a sort of purity that is not often seen in the creations of mankind. They represent the effort to project a logical but human order upon the unholy chaos of information in the world – to discipline the unruly mind and hone it into a tool that can create itself and improve upon itself through language.

END_OF_DOCUMENT_TOKEN_TO_BE_REPLACED

Today I had the pleasure of attending a talk by +Kent Hudson, a game designer at LucasArts, who spoke about design-driven storytelling in games (note: slides can be found at http://www.onethree.org/talks).

My philosophy on storytelling in general is that it is a crucial, hardwired part of the human experience. Human beings have a fundamental need to tell stories, hear stories, and, perhaps most importantly, create stories. The ability to construct a narrative out of the chaos of the world is part of what keeps our enormous, buzzing brains sane and stable, and is also part of what challenges us to keep putting one foot in front of the other and becoming more than we were before.

END_OF_DOCUMENT_TOKEN_TO_BE_REPLACED

My alarm clock goes off. Well, it’s not really an alarm clock, because clocks are analog and made of wood and aren’t synched to anything. What wakes me up is something that has a passing visual similarity to an alarm clock, with hands and everything, but it’s a GUI for a program on one of my various devices that checks in with something on the internet that can tell the absolute correct time anywhere with atomic precision, which – let’s face it – is better. Let’s just call it an alarm.

END_OF_DOCUMENT_TOKEN_TO_BE_REPLACED

[Some disclaimers and information: I specialize in community management for online games and the company I currently work for recently received a significant investment from Google Ventures. Also, my boyfriend works at Google.]

This article all started with a public Google+ post by Kelly Ellis, a software engineer at Google who works on Google+. She posted a short video update in the morning of July 1st describing some changes that the Google+ team would be making to their product over the long weekend. The leafy, sundappled background behind Ms. Ellis and her professional-yet-relaxed demeanor exemplified the Silicon Valley ease amidst unthinkably advanced technology. It’s like she’s just chatting with you over lunch about the project she’s working on – never mind that it’s the latest brainchild of the most cutting edge software company on Earth. 8 hours later, the video post had 1000 shares and almost 300 comments. Needless to say, a lot of people started following Ellis for future updates on the development of Google+, including me.

END_OF_DOCUMENT_TOKEN_TO_BE_REPLACED

Sunday night I came home from a glorious weekend at MLG Dallas. I was very happy I went, even if it took some time away from my quest to get to diamond league. This was my first MLG event and I noticed a lot of interesting differences between MLG’s StarCraft tournament and similar events in Korea. I’ve been in the live audience of many eSports events, both in Korea and in the US, and so the article below looks at the MLG event in comparison to the Korean style based on those experiences.

END_OF_DOCUMENT_TOKEN_TO_BE_REPLACED 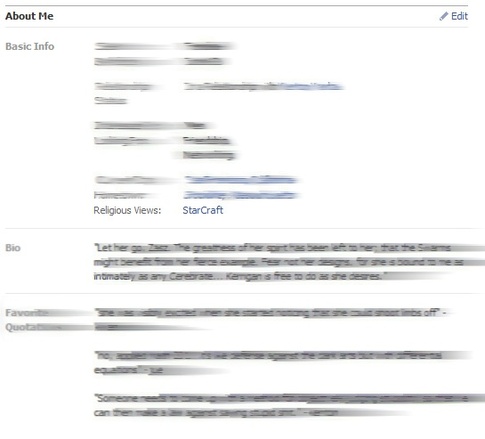 END_OF_DOCUMENT_TOKEN_TO_BE_REPLACED

It’s a worn-out fact that large portions of humanity have now achieved previously unfathomable heights of connectivity.  Meeting people, communicating with them, and staying in touch requires essentially no effort when compared to not-so-distant times.  The peculiar flip side of what at first appeared to be an unmitigated good is slowly revealing itself –you can’t add new gadgets to the interpersonal toolkit without profoundly changing the old ones.  In this case, an entire generation of ultra-connected youth is bidding farewell to that quintessential human interaction: the farewell.

I graduated a few months ago and immediately after commencement had to face an epic mass of goodbyes.  I knew I’d see certain people again for various reasons, but the majority of those I’d known during college, I recognized, would disappear from my day-to-day life and leave only memories.  Looking back on that last day of college, though, I realize that there was something very different about the way my generation says goodbye in comparison to the ways of previous generations.  There were hugs and exclamations commemorating old times, but also remarks like “There’s always Facebook” or “You have my email address, right?”  It almost seemed silly to make such a big deal out of physically parting when we knew the tools for real time information gathering and reconnecting were (and presumably will always be) at our fingertips.  With popular social networking websites like Facebook, the traces of interpersonal decisionmaking bloom easily but never die – they are archived online and lurk at the periphery forever.  There is no way to cut yourself off from the collective and wait for time to erase your mistakes from memory.  Ink fades, synapses weaken, echoes disappear, but the digital cloud preserves.

The collective secondhand experience of mass media and history has taught us that goodbyes are salient events – sometimes sad, sometimes relieved, but always remarkable for their finality.  Human experience is fluid, not discrete, and so the abruptness of a serious goodbye is jarring.  As a species we’ve realized this, and have developed complex cultural codes and rituals to recognize this artificiality and integrate it into normal life.  From “Have a good summer!” to “Au revoir” to “안녕히 가세요” (”leave in peace”), traditional parting phrases take the strain off of the unnatural now and focus on an indeterminate future, real or hypothetical (but usually far off).  By contrast, the language of online goodbyes is immediate, perfunctory, and often specifies a timeframe: “ttyl” (”talk to you later”) or “ttys” (”talk to you soon”) or even the stark “g2g” (”got to go”), which implies that the conversation is not truly over – just interrupted by life offline.

Now, more than ever before, we are fulfilling the Sandelian concept of “the encumbered self,” which is one that is inescapably defined by its social, cultural, and historical context.  In the days of the Wild West, it was possible to escape a dreary life in the cities of the American east coast and completely reinvent yourself by striking out for a frontier town where no one would recognize you.  Today, the frontier has all but disappeared, and the ties that bind are not the ties that break.  The extinction of “goodbye” has altered not only the ways in which we relate to other people, but also the ways in which we control and create our own identities.

I am a communication addict.  I ceaselessly maintain existing relationships and cultivate new ones.  I constantly rely on the ability to interact with people through all kinds of media just to get me through the day.  For me, this era is a gateway to unleashing vast human potential.  Fully entering that gateway, however, requires enormous amounts of prudence, awareness, and flexibility.  I am keenly conscious of the fact that every word I type in this article, once posted online, will comment upon and preserve my identity in a way that I can only control now, at the moment of creation. At the same time, even if I’m wary of the potential consequences of immortalizing this piece of myself, the increased contextuality I’ve gained through this self-scrutiny allows me to comprehend the similarly preserved bits of other identities I encounter.

If the rules change for all of us, it’s illogical to acknowledge how they affect ourselves without also realizing that they affect others, too.  The ultimate farewell is the farewell to isolationism and willful ignorance of the impact that I as an individual can have on others and that they can have on me.  Before, the consequences of disregarding these effects were minimized in no small part by the finality of goodbye – the ability to distance yourself permanently from a situation without too much effort.  That ability is gone, but in its place perhaps we can welcome a more informed, reflective social consciousness.  It looks like “goodbye,” although weakened, still at least has the power to open new doors.